A Million Ways Home by Dianna Dorisi Winget (plus Interview) What It's About (from Dianna's website): Poppy's life has been turned upside down after her grandma (and guardian) had a stroke and ended up in the hospital. But Poppy is working on a plan to help Grandma Beth so their life together can go back to normal. But when she witnesses an armed robbery, "back to normal" slips even further out of her reach. To keep Poppy safe, the budget-strapped police devise an unusual "witness protection program," wherein Poppy will stay with Detective Brannigan's mother. Soon Poppy is feeling almost at home, even making sort-of friends with a girl named Lizzie and definitely friending Gunner, a beautiful dog with an uncertain fate. But it's still not home. So while she and Lizzie navigate a rocky friendship and plot to save Gunner's life, Poppy also tries to figure out a new plan to save Grandma Beth and their home, all while avoiding a dangerous robber who might be searching for her. But what if Grandma Beth can never come home and the robber is put behind bars? What will happen to Poppy then?

Opening Lines: "I didn't know how to make the little girl stop crying."

Why I Loved it: I love the main character's--Poppy Parker's--voice. It was totally real on so many levels. That enabled me to handle the tough subject matter--Poppy witnesses a murder, lies about recognizing the culprit, and ends up in a very scary chase through the park, with the murderer hot on her heels. I also loved the portrayal of the adults, as well as Gunner, a German Shepherd on death row. There are several sad scenes, which Ms. Winget handles deftly. All in all, a fantastic contemporary middle grade.

I featured Dianna Dorisi Winget's debut, A Smidgen of Sky, in October 2012--a novel which I was very taken with then too. And I got to ask Ms. Winget a few of my patented Mafioso questions:

Who are your favorite (mg) writers? This changes fairly often depending on which book I've most recently fallen in love with, but here are a few current favorites-Ingrid Law, Katherine Applegate, Kirby Larson, Jennifer Nielsen

What's on your nightstand right now?  I don't actually have a nightstand, so I'll tell you what's in my cluttered magazine rack next to my recliner. This is where I do 90 percent of my reading, where I sit, stuffed in between my two dogs, with barely enough room to move.

The Dogs of Winter, by Bobbie Pyron
Dash, by Kirby Larson
The Bridge from Me to You, by Lisa Schroeder
Conviction, by Kelly Loy Gilbert

Choose a favorite scene in your novel, and say why you like it. Ooooh, so tough! One scene I really love is the brief one that takes place shortly after Poppy meets Detective Trey Brannigan. Poppy's tickled to discover several boxes of Twinkies in his kitchen cabinet and threatens to steal all of them. Trey calmly replies that she's not big enough to take his Twinkies. That scene always makes me laugh because it's a fun glimpse into the relationship that develops between them.

I'm really awesome at... shirking my responsibilities, such as housecleaning, so I have more time to read.

What's your favorite breakfast? I love cereal. My favorite is granola with raspberries/huckleberries on top.


Where in the world would you like to travel? I'm really not much of a traveler, but I'd love to visit Australia and snorkel the Great Barrier Reef. I'd also like to spend some time in the South--maybe Georgia or Alabama, because my debut, A Smidgen of Sky, as well as the newly released sequel, A Sliver of Sun, are both set in the South, even though I'm a northerner :)

About the Author: You can read all about Dianna on her bio page on her website HERE 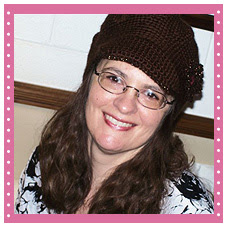 Looking forward to a Sliver of Sun, Dianna. Thanks for visiting today, everyone!