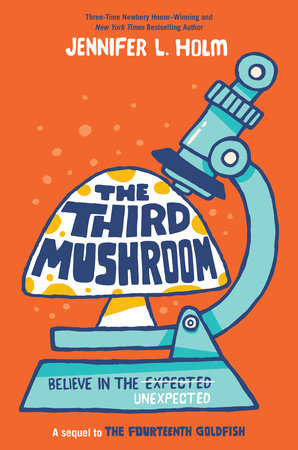 What It's About (from Penguin Random House Website):
Ellie’s grandpa Melvin is a world-renowned scientist . . . in the body of a fourteen-year-old boy. His feet stink, and he eats everything in the refrigerator–and Ellie is so happy to have him around. Grandpa may not exactly fit in at middle school, but he certainly keeps things interesting. When he and Ellie team up for the county science fair, no one realizes just how groundbreaking their experiment will be. The formula for eternal youth may be within their reach! And when Ellie’s cat, Jonas Salk, gets sick, the stakes become even higher. But is the key to eternal life really the key to happiness? Sometimes even the most careful experiments yield unexpected–and wonderful–results.

Opening Lines:
"Maybe because I'm an only child, but my parents have always been a little obsessed with my eating. They insist that I try everything on my plate. That I eat what they eat. No chicken tenders off the kids' menu for me. If they have calamari or chicken livers, that's what I have to eat, too."

My Thoughts:
Jennifer L. Holm is such a wonderful writer! Her range--from cowriting the Babymouse series with her brother Matthew, to the wonderful Turtle in Paradise--is tremendous. The Third Mushroom is yet another great addition to her bibliography.

I particularly liked the presentation of the main character, Ellie. It's a pitch perfect point of view--worrying about friendships, being confused about feelings of romance, and loving both science and animals. There's also some magical realism--Ellie's grandfather, also a scientist, who has transformed himself into a 14-year-old boy. (FYI, grandfatherly curmudgeonliness does not feel out of place coming out of the mouth of a 14-year-old.)

One of my pet peeves in middle grade, as any longtime reader of the blog will know, is the dead parent motif. Here, Ellie's parents are divorced, but she gets on well with her stepfather. Holm does a great job of creating parents who are important influences in their child's life, but allow the child (and themselves!) to have lives of their own.

Finally, I really liked all the science in the book, and learned a lot about all the scientists who are mentioned. (There is an appendix which goes into more detail. Did you know that the two scientists who discovered that yellow fever was carried by mosquitoes deliberately allowed an infected mosquito to bite them? They contracted the disease and one of them died.)

Verdict: Jennifer L. Holm's latest is yet another success. It would be a great book to read with 8-12 year olds who like books with heart and humor and are interested in science.

About The Author:
Jennifer L. Holm is a New York Times bestselling children’s author and the recipient of three Newbery Honors for her novels Our Only May Amelia, Penny From Heaven, and Turtle in Paradise. Jennifer collaborates with her brother, Matthew Holm, on two graphic novel series—the Eisner Award-winning Babymouse series and the bestselling Squish series. She lives in California with her husband and two children.  Website 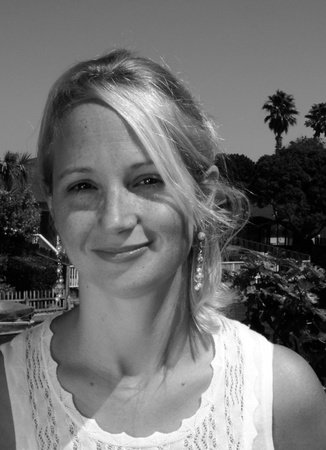 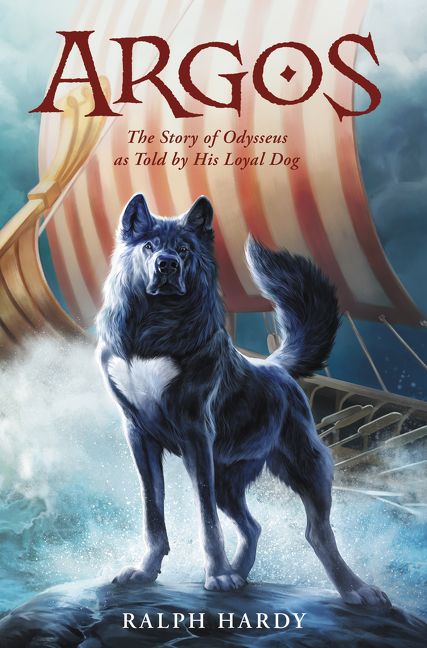 ARGOS: The Story of Odysseus as Told by His Loyal Dog by Ralph Hardy (Harper 2016, paperback edition 2018)

Man, it's been a long time since I posted--and my absence hasn't gone unnoticed by the powers that be. Let me give you a bird's eye view (very topical, since there are a lot of birds in Argos) of what happened when the Don called me into his office earlier this month.

The Don: "Michale, Michale, where you been? I'm paying you the big bucks, and you haven't done any work since, when, June?"

MGM: "Sorry, boss. Things have just been a little busy on the home front..."

The Don: "What, you had another baby? Come on, time to stop with the progeny. You're not young any more."

The Don: "A dog? You got another dog? Don't you remember me telling you that one pooch was enough? You should get a bird of prey. I hear being a falconer is an impressive job." (Leans forward to pinch my cheek)

MGM: "No, not a dog either, boss. The truth is, the kids were off school, and we all decided to go to England..."

The Don: "England? What's in England? They don't make wine, they can't sing, and believe me, the pasta is terrible. You should have gone to Sicilia instead."

MGM: "Hey, speaking of dogs, look what came in the mail a while back." (Waves copy of Argos in front of his face). "It's about Odysseus' dog! Nice cover, eh? I'll get to my desk right away and review it."

MGM sprints for the door. The last words he hears are "It's Ulysses, not Odysseus. Next thing, you'll be telling me you prefer Zeus to Jupiter."

So, there you have it. We had a busy summer, but now school is back in session, and I can get back to reading and writing. Yay for September!

What It's About:
For twenty years, the great hero Odysseus struggles to return to Ithaka. After ten years beneath the walls of Troy, he begins the long journey back home. He defeats monsters. He outsmarts the Cyclops. He battles the gods. He struggles to survive and do whatever it takes to reunite with his family.


And what of that family—his devoted wife, Penelope; his young son, Telemachos; his dog, Argos? For those twenty years, they wait, unsure if they will ever see Odysseus again. But Argos has found a way to track his master. Any animal who sets foot or wing on Ithaka brings him news of Odysseus’s voyage—and hope that one day his master will return. Meanwhile, Argos watches over his master’s family and protects them from the dangers that surround a throne without its king.

Opening Lines:
"Sometimes a new dog will ask me my lineage, for I look like no other hound on Ithaka, most of which are small and bred to shepherd livestock, if they are bred for any purpose at all. When I am asked, this is the story I tell, if the question is not put to me rudely, as often happens in this age."

My Thoughts:
As a young lad, I loved Greek and Roman mythology, and The Iliad and The Odyssey were some of my favorite tales. I love that Ralph Hardy made the choice to retell the Odyssey through the eyes of Odysseus' loyal dog, Argos--because I am also a huge dog fan!

As befits an epic, the tale is dense: Argos is noble as well as loyal, and this nobility is captured in his speech. While Odysseus' travails are reported to him mainly by birds, Argos undergoes his own Odyssey, keeping his territory safe from wolves, helping Odysseus' son Telemachos learn how to hunt boars, taking revenge on the hideous suitors, and falling in love himself.

SPOILER: In keeping with the Odyssey itself, Argos lives long enough to recognize his master, but dies before Odysseus can reveal himself and lay waste to the suitors. The tale is finished by one of Argos' children, Leander.

This would be a great read-aloud in a middle school classroom studying ancient civilizations. Having a dog as a narrator is a great way to open up the world of this epic classic for a modern reader.

About  the Author:
Ralph Hardy graduated from the University of North Carolina with a degree in English and received his MFA from Columbia College, Chicago. He now lives in Chapel Hill, North Carolina with his wife and children and a dog named Harvey, who is nothing like Argos. He is the author of THE CHEETAH DIARIES, LEFTY, and a number of short stories. 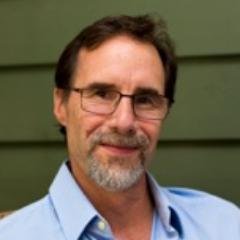