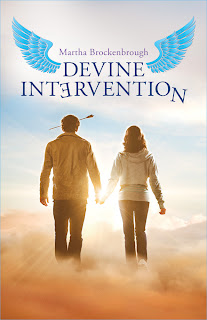 Email ThisBlogThis!Share to TwitterShare to FacebookShare to Pinterest
Labels: A Day for YA, Devine Intervention, Martha Brockenbrough

THE DOWNSIDE OF BEING UP by Alan Lawrence Sitomer (Putnam, 2011)

Book Blurb, jacket copy: Thirteen-year-old Bobby Connor is a normal adolescent boy - at least he hopes he is - just trying to survive middle school. But it seems he's being foiled at every turn, and even his own body is conspiring against him. And when his math teacher is seriously injured from the shock and fright of witnessing just how out of control Bobby's changing adolescent body is getting, he starts to worry he's anything but normal. Faced with expulsion from school for violating the student handbook code, Bobby opts for therapy - Correctional Erectional Therapy. It's official: Bobby Connor is not normal. But in this uproarious and heartfelt novel, he's going to do his darndest to make it seem that he is . . . or maybe just try to make it through middle school, puberty and a perpetually growing problem in his pants.

Caveat: If you're troubled by out-of-control testosterone, this is not the book for you. A quick scan of Goodread reviews shows a huge gender gap. By and large, women reviewers claimed that they found the the penis jokes tiresome; male reviewers were delighted. And the target audience in my household LOVED it (when he read it last year at 14). I was amazed to find him--a guy who is usually found staring at a screen--with his head stuck in an actual book all day long, and had to see for myself what was so entrancing.

So what is so entrancing? Sitomer's verbal dexterity reigns supreme. The VOICE just grabs you and won't let you go. You will never, I'm sure, find so many slang phrases for the male member. Yes, there are a whole bunch of unlikely (and often unlikable characters), and the thought that a middle schooler would be sent to "correctional erectional therapy" is absurd, but that is just part of the farcical fun. As Paul W. Hankins, a high school English teacher I follow on Twitter writes: "With NERD GIRLS and now THE DOWNSIDE OF BEING UP, Alan Sitomer is securing his place as a middle grade humor writer which will no doubt put him in a well-deserved place with authors like Lubar, Paulsen, and Sachar. Alan writes this one pretty true to the pre-adolescent/adolescent experience, complete with the anxiety that comes from within and the humor without."

About Alan Sitomer: "Alan Lawrence Sitomer is a nationally renowned speaker and was California’s Teacher of the Year in 2007. He is also the author of multiple works for young readers, including Nerd Girls, the Hoopster trilogy, The Secret Story of Sonia Rodriguez, Cinder-Smella, and The Alan Sitomer BookJam.  He lives in Los Angeles with his wife and daughters." (Bianca Schulze, The Children's Book Review.)

WISHING YOU ALL A HAPPY THANKSGIVING. A presto!
Posted by Michael G-G at 2:30 AM 9 comments:

Email ThisBlogThis!Share to TwitterShare to FacebookShare to Pinterest
Labels: Alan Sitomer, Marvelous Middle Grade Monday, The Downside of Being Up

Winner of Time Of Honor

Oops, I've been a little distracted this week, but am finally on track. So I can now say that the winner of Margo Sorenson's terrific time travel Time of Honor is:

Joanne, I'll be contacting you soon to see how best to get the novel to you. Congratulations!
Posted by Michael G-G at 2:30 AM 2 comments: