WONDER by R.J. Palacio was one of the books I promised myself I would read during the summer vacation. I had heard so much about it--from fellow MMGM bloggers like Barbara Watson and Tweeters like Colby Sharp--that I just had to dive in. (R.J. Palacio's website has a number of interesting facts about both her and about the book. If you have time to visit, do so.)

Here's what happened: I cried. And cried. And cried. I was crying by page 7, and pretty much cried from then on. It got so bad that the Don suspected a leak in our sprinkler system. WONDER was unputdownable--and as soon as I finished, I started reading it again. (This would be a wonderful novel to read aloud to school-age children--but I won't be the one doing the reading. I'd be so overcome, the students would have to lead me off to lie down in the nurse's office.)

What it's about: August "Auggie" Pullman, 10 when the novel starts, has a cranio-facial anomaly. He's been homeschooled, mostly because he has had so many surgeries, but his parents now think that for 5th grade he should attend the nearby Beecher Prep. The novel explores the kindnesses and unkindnesses he experiences there, and his movement from fear to triumph.

1) We've all heard about VOICE, and WONDER captures the middle school voice perfectly. What's more, there are a number of narrators other than Auggie--from Auggie's sister Via (Olivia), to his friends Summer and Jack. All of the narrative voices are distinct and pitch-perfect for those characters.

2) An Intact Family: Really, this is fairly rare in middle grade, where parents in particular are often dead, divorced, or absent in some way. Auggie has two supportive parents, who nonetheless sometimes fail to understand his deepest desires, while doing the best they can. Via, his 14-year-old sister loves him desperately, but also acknowledges how much she's had to let go in her own life because Auggie needs so much of everyone's attention.

3) Dealing with numerous characters in a way that makes each one memorable: Hard to do in school stories. Yet Palacio makes even the most minor character have something about them that is memorable.

4) Teachers who are actual hard-working teachers, not mean or buffoons. If you read enough middle grade, you'll know what I mean. Mr. Browne's "precepts" are fantastic--introducing students to a monthly saying such as When given the choice between being right or being kind, choose kind.

5) Light touches of humor. Humor is what makes Auggie come alive for his friends, so that they are able to see that he is SO much more than his facial disfigurement. Just in case you think it was completely weep-city, I did laugh quite a lot. (I especially liked the part when Via's boyfriend pretends to be a mafioso to scare off some bullies--hooray for violin cases masquerading as machine gun carry-alls!)

When I finished WONDER, I had the urge to go out and buy this book for everyone I know. It is, in my opinion, destined to be a classic. And now, I shall return to my drifts of Kleenex, and read it all over again.

(Marvelous Middle Grade Monday is the brainchild of Shannon Messenger. For other participants, please see my sidebar. And, happy reading!)
Posted by Michael G-G at 2:30 AM 13 comments:

I don't have a Marvelous Middle Grade Monday book for you today, but I do want to reassure you that I've been reading. A lot. Most of it's been A Game of Thrones and its sequels, but right now I'm almost at the end of The Brief Wondrous Life of Oscar Wao by Junot Diaz. It' s a merengue of musicality, opening my eyes to the terror that was the Trujillo regime in the Dominican Republic in the 1930s-1960s.

Sometimes it's good to flex the reading muscles in other areas, like working on your biceps rather than your abs. It'll be interesting to see how much infiltrates my writing too.

Have you strayed off your usual reading track lately? If so, what have you been reading?

The Don, surrounded by serried ranks of mafiosi. He strokes his favorite cat, Salvatore. He speaks.

The Don: So, Michele, you have the winner for me?

The Don: Enough of the fancy schmanzy, Michele. Bring me the hat. (He trawls stubby fingers through the pieces of paper in the hat, draws one out.) Here's the winner.

Luca Brasi, in a high-pitched voice: Is it me, Uncle Vito?

The Don: Did you comment, Luca? Did you take part in Michele's blog celebration? No? Then shut up.

The Don: Okay, Michele. Who's the winner? He gets an agent, right?

The Don: 25 bucks?! What is this, a second-rate operation? You might as well give them 25 lire--or what do they call 'em now? Euro? My grand-daughter gets 25 bucks for washing my car. The winner of this thing should get an agent. My nephew, Luigi. He only takes a 60 percent commission.

Me: (thinking Holy Mother of God): Okay, Godfather. We'll give the winner 25 bucks and Luigi. And the winner is... 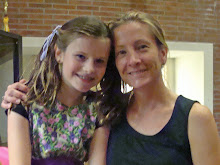 Seriously, hooray for Kristen. She's a great MG writer, she's funny, and she writes a great blog at Don't Forget the Samovar. If you don't know her, go on over and meet her right now.

Thanks, everyone, for all your comments and support this past year. I am humbled and happy. We had a great week, Luca was thwarted, and Luigi's getting an all-expenses paid trip to the Indy 500!!﻿ Grazie!
Posted by Michael G-G at 2:00 AM 6 comments:

It was a quieter week than anticipated--and I'm blaming BEA, at least in the Don's hearing. Everybody seemed to be at the Javits Center in New York, sweeping up ARCs or plotting to marry John Green. (The Don says that we're to have a booth there next year, to which I say "hold onto your violins.")

Fortunately for me, Luca's brazen plan to take over the blog was thwarted by Leslie Pugh, Jeff Chen, and Julie DeGuia, whom I now promise to protect for evermore from vendetta. And Random.org, in her dispassionate way, has decreed that Julie DeGuia is the winner of HEART OF A SHEPHERD. So Julie'll have something to read while in the safehouse!!

Now that's out of the way, let's jump to the Grand Prize. Anybody who commented during the week (including today) is in the running for a $25 gift card to an indie book store of your choice.

In finale, let me just say that interacting with all you good folks has made my life richer in invaluable ways. Thanks for the middle grade love (and for putting up with my wacky sense of humor.)

(P.s. It's a busy blogging day for me. I'm interviewing New Zealand writer Susan Brocker on Project Mayhem, and highlighting Writing Tips from Pixar on The Year of Writing Dangerously. Have a shufti, if you have time.)
Posted by Michael G-G at 2:35 AM 8 comments:

Do-Over of Yesterday's Post: A Giveaway of HEART OF A SHEPHERD

Blogger scrambled the scheduling of my post yesterday, which is the excuse I'm giving the Don for the fact that I did not receive one single comment, which in itself is a first for Middle Grade Mafioso. And since we celebrate every first, we all went out for antipasti at the Don's favorite Italian eatery and sang sad songs late into the night.

But now we're back, bright and bushy tailed and DESPERATELY wanting to bestow Rosanne Parry's masterful novel HEART OF A SHEPHERD on a worthy recipient. Folks, this is a special book, so whip up a frenzy for me. Otherwise, I'll be out of a blogging job and you'll all be subjected to Luca's grandiose posturings. (Did you know he wants to rename this blog LUCA'S LAVISH LITERARY LIAISONS?!!!) Spare us from that. Please.

I've finangled the Don's keys from their hiding place and am zipping down to the vault for more goodies.

But first, the winner of

the ever-effervescent and totally wonderful

And now for today's giveaway: I blogged some weeks ago about the new novel (SECOND FIDDLE) by my friend and critique group member, Rosanne Parry. Her debut was HEART OF A SHEPHERD, and I have a signed paperback for anybody who comments or follows or who makes a fuss in any way.

And thank you, everyone who commented yesterday, for your kind remarks and support. The Don says you're welcome to come over for a glass of Chianti/Italian soda anytime.


The winner of Harold Underdown's: 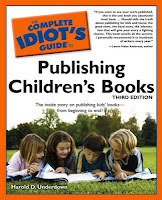 (I promise you this wasn't fixed. I guess Random.org likes new followers or something.)

Today's prize is a copy of TUA AND THE ELEPHANT, which I reviewed in April.

Remember, leave a comment, tell a friend, become a follower. Everyone who comments/joins during this entire week (till Friday) has a chance at the Grand Prize: $25 gift card from IndieBound.﻿
Posted by Michael G-G at 2:00 AM 5 comments: 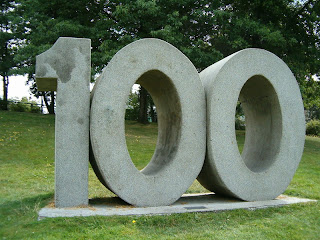 Middle Grade Mafioso has just celebrated its one year anniversary, and we also have our 100th follower (Julie DeGuia). The Don is saying he's going to open the vaults so we can have a party of sorts.

Here's what we intend to do. As you can see a lot of bribery and corruption is involved.

If you invite a friend to be a follower, and that friend mentions your name, then you'll both be entered in our daily drawing for a book. (Told you it was a pyramid scheme.) On Friday, all the new followers and their sponsors will be in the drawing for a $25 IndieBound gift card.

Invite away. Let's have a party. I'll announce the winner tomorrow.
Posted by Michael G-G at 2:00 AM 11 comments: