How It All Went Down (The Bakers' Dozen Auction, I Mean)

To recap: My MG novel, Shakespeare on the Lam, was one of the entries in Authoress's Bakers' Dozen Agent Auction. Which meant my logline and first 250 words got a whole bunch of amazing and helpful critiques. And then on Tuesday, starting at 11 EST, the agents started bidding. 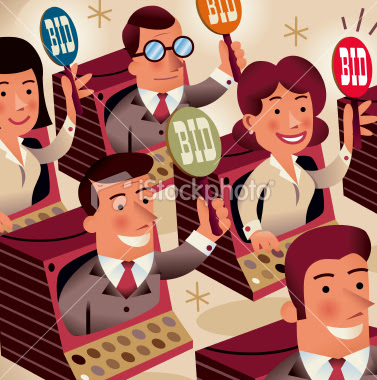 Was I glued to the action on screen? Well, I would have been--except that Tuesday was the day for my annual adventure with my father-in-law to snag the cheapest Christmas tree in the tri-county area. Last year I blogged about my trophy, the $10 tree that fell off a helicoptor on its way to Mexico. This year, we took a much more leisurely tack and bought $20 Groupons for Christmas trees and a half pound of organic coffee out at Boring Bark. (The Boring bit is the name of the town, not too far from Portland.) My father-in-law's 9 foot Noble is a nice-lookin' tree--and without the Groupon it would have cost $60. So we were chuffed little happy campers.

I got home around noon PST, to an excited voice mail from my wife. She'd been snooping over at the auction and called to let me know that several agents had been bidding, and that the full manuscript of Shakespeare had gone to Victoria Marini, an agent at the Gelfman Schneider agency (the agency that represents one of our favorite writers, Chris Bohjalian.)

I followed Authoress's instructions and e-mailed the full to Ms. Marini. She has a week's exclusive. After that, other bidding agents can make requests.

It was great fun, and I have to thank Authoress for the auction and for the sense of community she fosters on her blog. If you haven't found Miss Snark's First Victim, do yourself a favor and check it out. As one commenter once wrote, it's like Match.com for agents and authors.

Of course, I had to share the news with the Don. His reaction: "Marini? Italian name. I'll send her a panettone, a couple of bottles of my best cellared chianti." Very nice. I've given up trying to convince him that agents can't be bribed. Let him have his fun.

So there you have it. I'd worry and fixate, but I still have a ton of Cybils books to read and a Christmas tree to decorate. I'll see you all on Monday for some Marvelous Middle Grade. Have a great weekend.
Posted by Michael G-G at 2:12 AM