I have to start by saying that I follow David Lubar on both Facebook and Twitter and he is unfailingly witty and wise, as well as a veritable pun-meister. He is also very prolific!

What It's About: Ten-year-old Nathan Abercrombie is having a really bad day. First, Shawna Lanchester, the prettiest girl in his class, doesn't invite him to her party. Then he gets picked last in gym class. Things couldn't get any worse... until he gest doused with an experimental serum that turns him into a half-dead zombie!

Nathan soon discovers that being half-dead isn't all bad. He doesn't need any sleep, so he can stay up all night and play games online. He doesn't feel any pain, so there's no need to worry about Rodney the bully anymore. Still, Nathan would rather be human. Will he find a cure? Or will Nathan be half-dead forever?

Opening Lines: "It's no fun having your heart ripped from your body, slammed to the floor, and stomped into a puddle of quivering red mush. It's even less fun when it happens three times in one afternoon."

What I liked about it: The cover is an absolute winner. And the pacing never flags. By the end of chapter three, Nathan's already been doused by the Hurt-Be-Gone potion that will turn him into a zombie. And this version of a zombie is a winner: Nathan leads his school to victory by doing two hundred and thirty nine chin-ups, and then he shows what an amazing gamer he is (after all, zombies don't have to sleep, so Nathan can hone his gaming skills all night long.) It's a classic, rip-roaring middle grade novel that will have you in stitches--and rooting for the zombie.

About the Author:  David Lubar has written a ton of books, including several others in the Nathan Abercrombie series. He lives in Pennsylvania. You can find all sorts of information on his books, his life, and his views on humor at his website. 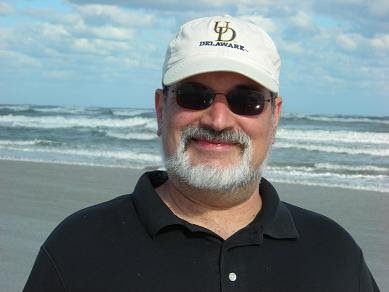