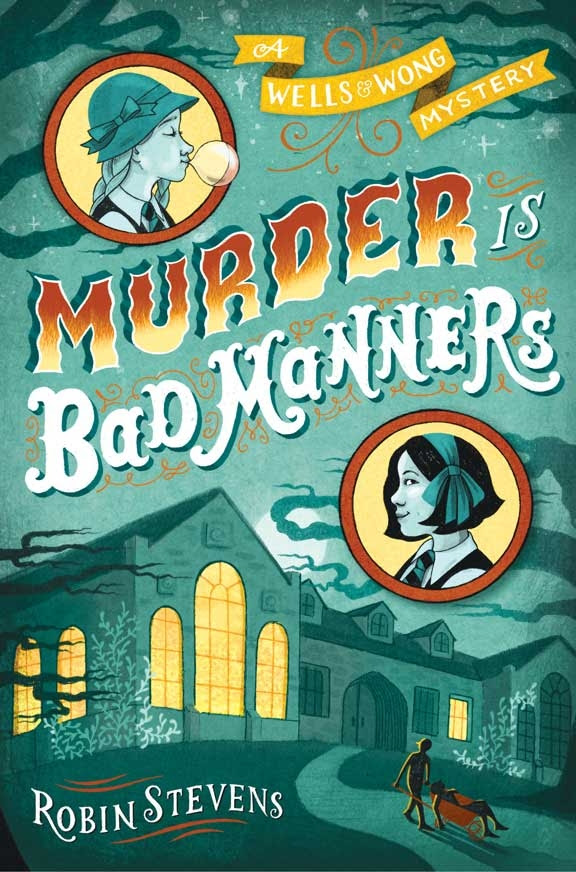 What It's About (from the author's website):
When Daisy Wells and Hazel Wong set up their very own deadly secret detective agency at Deepdean School for Girls, they struggle to find any truly exciting mysteries to investigate. (Unless you count the case of Lavinia’s missing tie. Which they don’t, really.)

But then Hazel discovers the Science Mistress, Miss Bell, lying dead in the Gym. She thinks it must all have been a terrible accident – but when she and Daisy return five minutes later, the body has disappeared. Now the girls know a murder must have taken place . . . and there’s more than one person at Deepdean with a motive.

Now Hazel and Daisy not only have a murder to solve: they have to prove a murder happened in the first place. Determined to get to the bottom of the crime before the killer strikes again (and before the police can get there first, naturally), Hazel and Daisy must hunt for evidence, spy on their suspects and use all the cunning, scheming and intuition they can muster. But will they succeed? And can their friendship stand the test?

Opening Lines:
"This is the first murder that the Wells and Wong Detective Society has ever investigated, so it is a good thing Daisy bought me a new casebook. The last one was finished when we solved The Case of Lavinia's Missing Tie."

Five Things I Thought Were Great:

**Highly recommended for Anglophiles, as well as murder-mystery lovers!**

I had the great good fortune to be able to ask the author, Robin Stevens, my notorious Middle Grade Mafioso questions. She's a "good egg," as one of her characters might say.

1) Who are your favorite (middle grade) writers?
I have a lot of favourites, but I particularly love Rebecca Stead and Katherine Rundell - I think they're some of the best middle grade authors writing at the moment! (MGM: Yay for English spelling!)

2) What's on your nightstand now?
Too many books to even count! It's a tower. But the book I'm reading right now is The Haunting of Hill House by Shirley Jackson. I just finished And Then There Were None by Agatha Christie, and next I think I'm going a bit more middle grade with Kevin Sands' The Blackthorn Key. (MGM: I'll be featuring the latter later!)

3) Pick a favorite scene from your novel, and say why you like it.
The scene from Murder is Bad Manners where they sneak into the school at night, alone, to recreate the murder - and then see someone else's flashlight in the distance - was one of my favourite ever to write, and still gives me the shivers when I think about it!

4) Fill in the blank: I'm really awesome at....  reading. I can go at super-speed if I need to - I used to work as an editor and it was very helpful!

5) My favorite breakfast is... I discovered poached eggs last year, and it was a major revelation. Where have they been all my life?

6) If you could visit any place, where would it be?
Hong Kong! I'm actually going there soon - lifetime dream achieved! (MGM: Definitely a favourite destination of mine. My wife and I had a grand time there when we lived in Asia.)

Now for the good news. The series is going great guns in the UK, and the second novel, titled Poison Is Not Polite will be coming out in April this year. Interestingly, the UK and US editions have different titles and different cover art. You can check them out HERE

ABOUT THE AUTHOR (from her Goodreads bio:)
Robin Stevens was born in California and grew up in an Oxford college, across the road from the house where Alice in Wonderland lived. She has been making up stories all her life.

When she was twelve, her father handed her a copy of The Murder of Roger Ackroyd and she realised that she wanted to be either Hercule Poirot or Agatha Christie when she grew up. When it occurred to her that she was never going to be able to grow her own spectacular walrus moustache, she decided that Agatha Christie was the more achieveable option.

She spent her teenage years at Cheltenham Ladies’ College, reading a lot of murder mysteries and hoping that she’d get the chance to do some detecting herself (she didn’t). She then went to university, where she studied crime fiction. Robin now works full-time as a writer and lives in London with her bearded dragon, Watson. 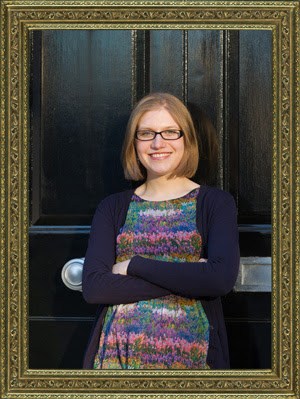