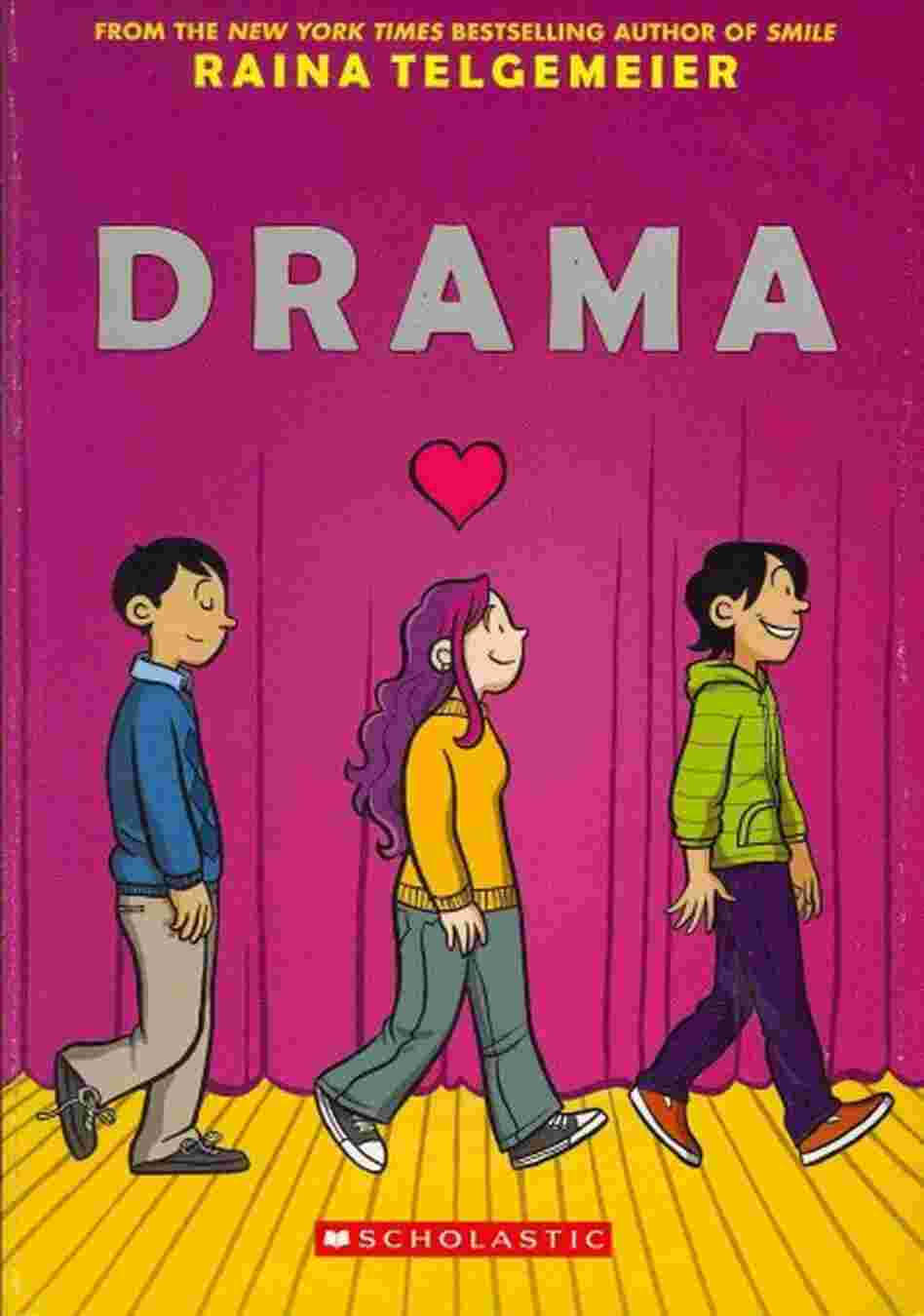 Okay, so very occasionally this mafioso--mad about middle grade though he is--will read something that's YA. Even more occasionally, he'll read a graphic novel. (And that's enough talking about me in the thrid person.)

This one came to my attention because it won a Stonewall Honor from the ALA this year. Add to this, that all three of my boys are into theater, and I had to read it.

I was surprised to see, the other day, that a whole bunch of my son's 4th grade pals were reading it. I think this is because graphic novels are more accessible to younger readers because of their reliance on telling a story mainly through illustration. However, the themes are quite advanced for 4th grade (romance, both of the straight and the same-sex kind, figures prominently.) I would think this is more suited for the 6-7th grader.

The story revolves around Callie, who loves theater but who is most definitely not a performer. Instead, she is the set designer for the drama department's stage crew, and has grand plans for the upcoming show--the major one involving the firing of a cannon. There's drama aplenty both on and offstage!

This was a quick and engrossing read. I enjoyed Telgemeier's artwork, and the story truly captures the feeling of what it's like to be one of the "drama kids." There's laughter, and longing, and just plain old confusion, which is the touchstone for middle school life.

In fact, I liked it so much that I might just go and read another graphic novel soon. Raina Telgemeier's earlier novel, SMILE, might be just the thing.

About the author: Raina Telgemeier grew up in San Francisco, then moved to New York City where she earned an illustration degree at the School of Visual Arts. She lives in Astoria, Queens, with her husband and fellow comics artist, Dave Roman.